Join us for afternoon tea in the newly refurbished lounge of the Avon Gorge Hotel, overlooking the terrace where Cary Grant was famously photographed by the Bristol Post. The hotel, which has recently been taken over by boutique hotel group Malmaison Hotel du Vin, was originally known as The Grand Clifton Spa, and it is where Cary Grant used to stay on visits home to Bristol, but could never have dreamed of staying when he was Archibald Leach.

There will be an opportunity to be photographed at the very same spot on the terrace overlooking The Clifton Suspension Bridge, where Cary Grant was famously pictured.

Three exciting short talks will explore Cary Grant’s Bristol connections, from his humble beginnings as Bristol boy, Archie from Horfield, to his ongoing relationship with the city after his meteoric ascent to Hollywood stardom. Have you got a Cary Grant connection, story or memory you would like to share? Come and join us in celebrating Cary Grant’s Bristol roots. 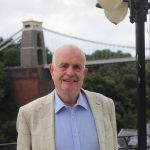 Remembering Cary Grant
David Brown will share his memories and anecdotes about looking after Cary Grant when he stayed at the Avon Gorge Hotel on a visit to Bristol in the 1970s. David worked at the hotel in his gap year and was tasked with making sure Cary’s every need was catered for during his stay.  David then went on to study at the University of Exeter and qualified as a solicitor in 1979. 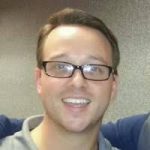 Archie: The Boy Who Became Cary Grant
Tom Ryan will talk about Cary’s childhood in Bristol and his research for a new radio programme Archie: the boy who became Cary Grant which tells the story of Leach’s life up to the point his changed his name and became Cary Grant. Tom has been making radio documentaries for the BBC in Bristol for over a decade and his programmes have been broadcast by Radio 4, Radio 5Live, 5Live Sports Extra and the World Service.  Tom’s past projects include a series of programmes about life in the west for the BBC’s World War One at Home, and working with the world famous Test Match Special for his documentary celebrating the life of cricketer WG Grace.  Many of Tom’s programme celebrate local life and people – from his award winning Bamboo Club Story, to delving into the lives of scientist Colin Pillinger, Darth Vader actor Dave Prowse and the notorious pirate Blackbeard. 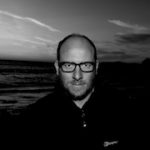 Cary and Elsie : Dramatising A Remarkable Relationship
Mike Davis will talk about a new drama he is developing about the surprising relationship between Cary Grant and his mother, Elsie Kingdon Leach. Returning to Bristol to visit Elsie throughout his life allowed Cary to re-connect with her, the city of his birth and come to terms with who he really was. Mike will be discussing his research into Cary’s trips to Bristol during the late 1960s and how dramatising real events comes with certain challenges, as he discovered when writing his play about hellraiser Oliver Reed. Mike is an award-winning TV producer, with credits including Great Barrier Reef with David Attenborough, Into the Universe with Stephen Hawking, Galapagos and the BAFTA-winning Natural History Museum Alive.

The afternoon tea will comprise of cucumber sandwiches, egg sandwiches and scones, cream and jam with tea or coffee.