In a very early example of swapping the gender of key roles, Hawks chose to cast a woman as Hildy Johnson (Rosalind Russell), one of the lead characters in his screen adaptation of Ben Hecht and Charles MacArthur’s smash hit comedy play, The Front Page, and have her newly divorced from her boss Walter Burns (Cary Grant). What results is an effervescent mix of hard-boiled newsroom drama, hilarious wisecracks and exuberant romantic comedy that fully showcases its stars’ impeccable comic timing.  The screening will be introduced by freelance journalist, film blogger, author and critic Pamela Hutchinson. 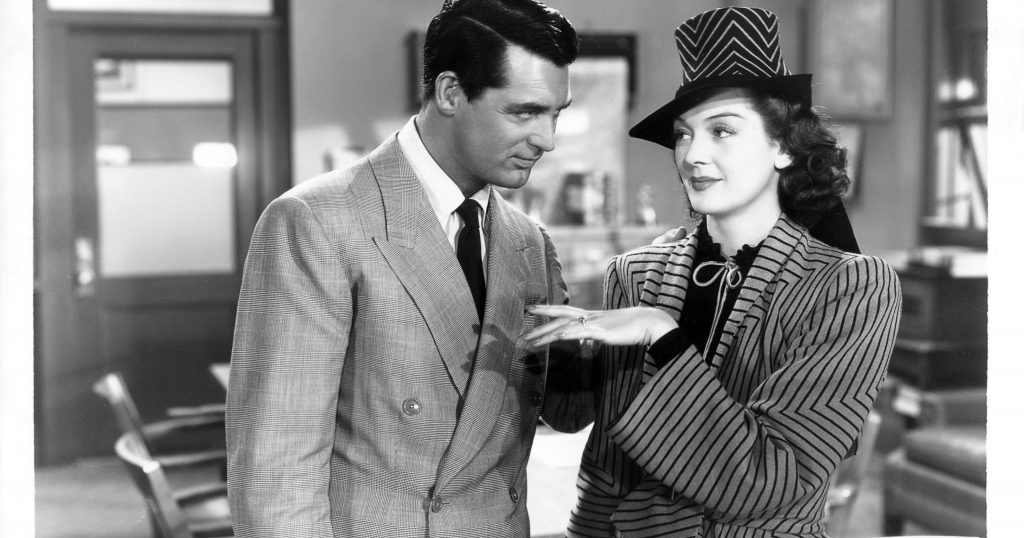 When Burns learns of Hildy’s engagement to boring insurance salesman Bruce Baldwin (Ralph Bellamy), he connives to win her back through her ambitious love of journalism by getting her embroiled in a political corruption scoop to die for.

This screening is part of the national BFI Comedy Genius season, with the support of the Independent Cinema Office:

“The BFI’s blockbuster season for 2018 is the UK’s greatest ever celebration of film and TV comedy – bringing the gift of laughter just when we need it most!” (BFI)

We’re focusing on three key themes of the Comedy Genius season – Slapstick & Sight Gags, Wise-Cracks and Trailblazing Women. Screwball comedy is the successor of slapstick and His Girl Friday is one of the finest examples of this genre. Cary Grant is well known for his physical comedy, having trained with Pender’s Troupe of Knock About Boys, an acrobatic group who he met at Bristol Hippodrome, juxtaposed with his effortless grace and style, he was coined “Slapstick’s prince charming” by film critic Pauline Kael. The film’s dialogue is positively gymnastic, with Russell and Grant making it look effortless.

“Perhaps the funniest, certainly the fastest talkie comedy ever made” (Time Out, London) 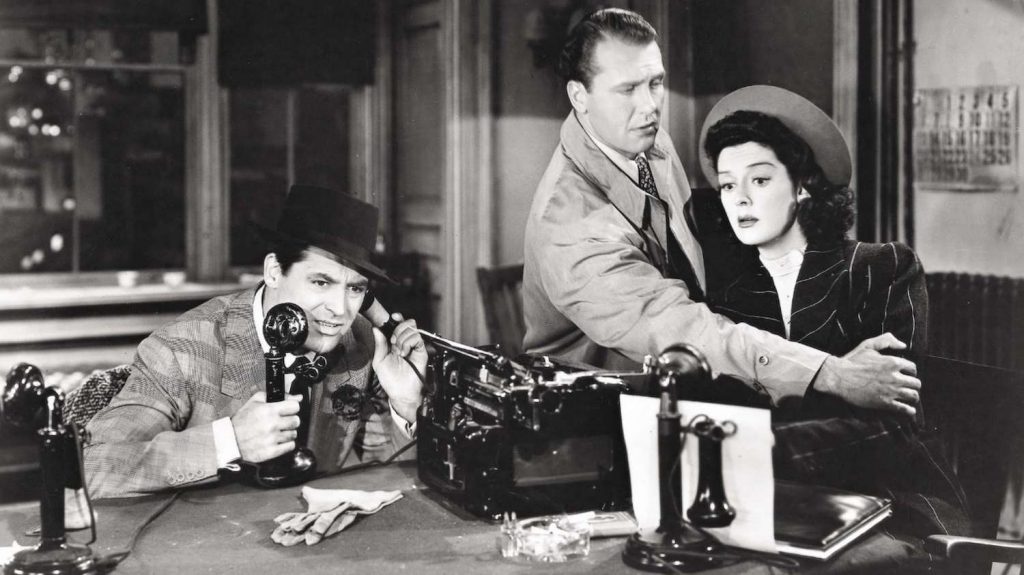 Rosalind Russell’s iconic performance as “newspaperman” Hildy Johnson blazes a trail for women navigating that tension between gender expectations and personal fulfilment – still sadly relevant after 78 years. Their onscreen chemistry is palpable – with madcap pacing and crackling humor, the film fizzes with fast-paced dialogue and offers a glimpse into the dirty tricks journalists used in the era before pesky “ethics” came along, culminating in an amazing set piece in which a soon-to-be-hanged convict, now escaped, gets stashed in a courthouse office desk. Russell and Grant’s onscreen chemistry was based on genuine friendship – Cary introduced Russell to her future husband Frederick Brisson and was best man at their wedding

Getting to The Cube 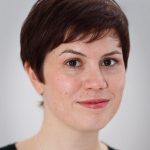 Pamela Hutchinson is a UK-based freelance writer, critic and film historian who contributes regularly to The Guardian, Radio 4 and Sight & Sound as well as writing booklet essays for DVD and Blu-ray releases from the Criterion Collection, Indicator, Arrow Academy and Artificial Eye. She edits SilentLondon.co.uk and is the author of the BFI Film Classic on GW Pabst’s Pandora‘s Box (1929). Pamela writes about all aspects of film, but especially silent and classic cinema, as well as women’s film history. In 2018 she was elected to the juries of Il Cinema Ritrovato and Pordenone Silent Film Festival. She has also written about Cary Grant Festival for The Guardian.

Part of BFI Comedy Genius – a nationwide season of classic comedy films, supported by funds from the National Lottery and led by Film Hub Midlands on behalf of the BFI UK Film Audience Network. #BFICOMEDY