In partnership with Bristol Film Festival‘s “Vintage Screenings” series, we’re showing one of Cary Grant’s most renowned Hitchcock collaborations in Averys Wine Cellars, accompanied by a wine-tasting of Latin American and German wines inspired by the film. Tickets cover bubbles on arrival, plus four wine tastings, bread and cheese. 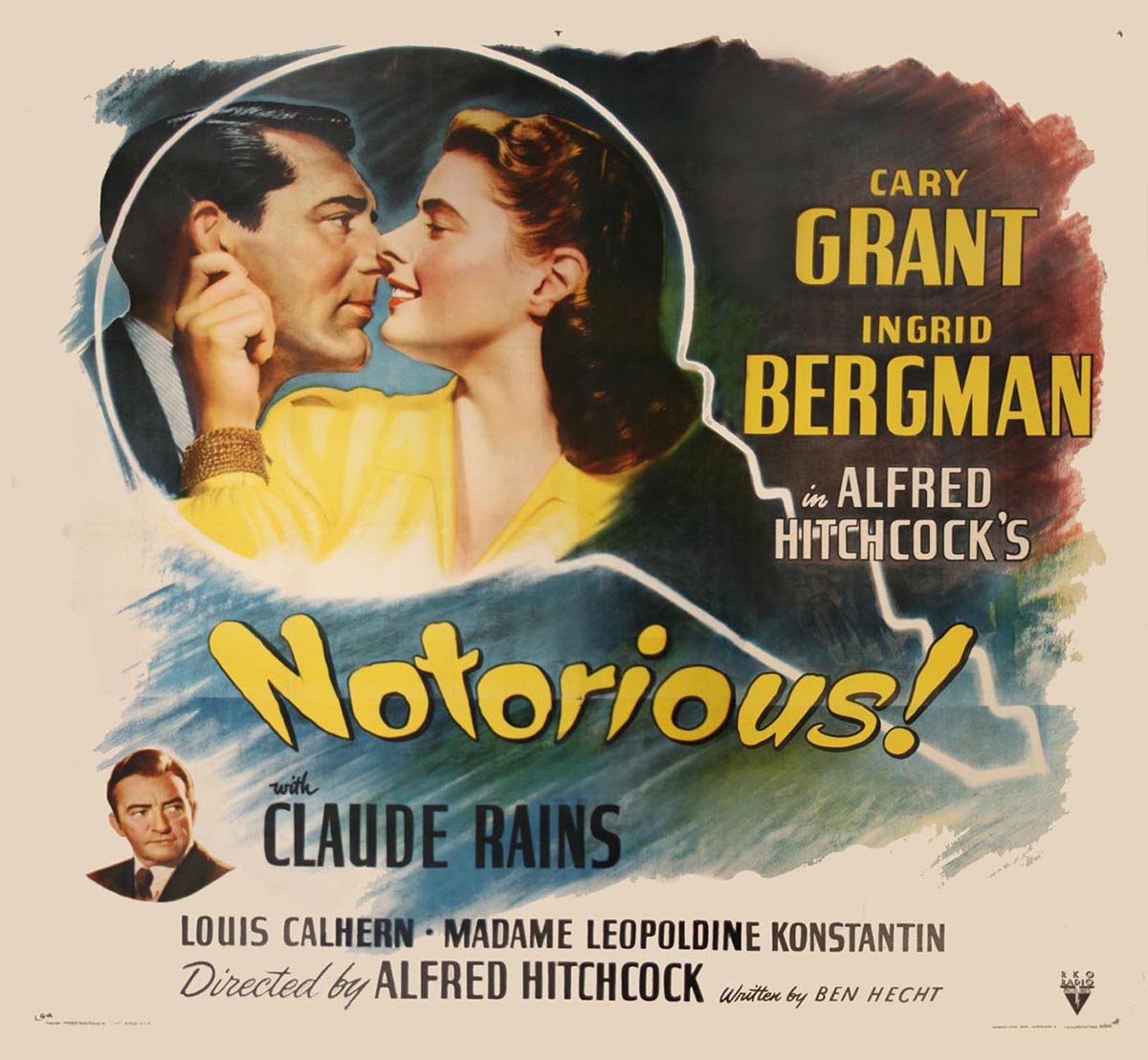 Cary Grant stars with Ingrid Bergman and Claude Rains in this quintessential Hitchcock thriller. Alicia Huberman (Bergman) is the daughter of a convicted Nazi spy, who drowns her sorrows in promiscuous drinking. She is recruited by government agent T. R. Devlin (Grant) to spy on her father and his Nazi friends hiding out in Rio de Janeiro.  Whilst waiting for her assignment, Devlin and Alicia begin to fall in love, but when Devlin tasks her to seduce Sebastian (Rains), one of her father’s friends, Alicia assumes his advances were all part of his act to get her to cooperate.  She marries Sebastian to spite Devlin, but after their honeymoon he starts to suspect she’s a spy, and her life is in danger…

Noticing that set of keys her husband has given her is missing the key to the wine cellar, Alicia steals Sebastian’s key so that she and Devlin can investigate, prompting one of Hitchcock’s most virtuoso tracking shots from the above chandelier to an extreme close up of the key in Alicia’s nervous hand.

The wine cellar in Notorious is integral to the plot, but the wine is in fact a “McGuffin” around which the love triangle between Alicia, Devlin, and Sebastian centres. Grant’s onscreen chemistry with Bergman is palpable and Hitchcock directs one of his steamiest screen kisses (the subject of Kathrina Glitre’s Watershed talk Kiss Him For Me on 16 July).

Don’t miss this opportunity to watch one of Hitchcock’s most sophisticated thrillers, starring his favourite actor Cary Grant in arguably one of his darkest roles, whilst sipping wines inspired from the film’s famous wine cellar scene.

Bristol Film Festival is an exciting addition to the cultural calendar in Bristol, celebrating the impact and influence of the moving image throughout contemporary society.

Averys can trace its history back to 1793 but it was in the 1920s with Ronald Avery at the helm that sailed Averys to success. Ronald made a point of travelling to wine estates to taste the wines with the winemakers, quickly discovering the best wines, producers and vintages.  Today, it is 5th generation, Mimi Avery, who is introducing Averys to a new generation of wine drinkers. Much has changed in the 225 years since we started, but some things remain the same. You can still visit our historic cellars in Bristol which once housed our bottling line and blending tanks. Today, it is home to our shop with more than 1000 wines for you to explore and purchase.