Only Angels Have Wings

In a filmmaking career which lasted nearly 50 years, from the silent era through to the end of Technicolor, Howard Winchester Hawks made films in virtually every conceivable genre – and mastered them all. From landmark gangster films and screwball comedies through to films noir and science fiction, as well as at least two of the greatest Westerns ever made, he demonstrated a versatility which remains unparalleled in the American cinema. An unashamed popular entertainer – he always eschewed pretension in favour of instinct – he nevertheless lived long enough to see his work hailed by postmodernist theorists for its rigour and thematic unities. The critic and filmmaker Jean-Luc Godard put it most succinctly: “Howard Hawks – the greatest American artist”.

One of these unities was his emphasis on work and professionalism, no matter how exotic the location. From the bustling New York newspaper room of His Girl Friday and the Texan cattle drivers of Red River, through to the Martiniquan fishermen of To Have and Have Not and the Alaskan scientists of The Thing From Another World, what emerge are portraits of men and very often women working together to achieve things beyond their individual capabilities. But so too comes a sense of playfulness – a Hawks film invariably brings to mind the razor sharp repartee that his characters volley back and forth with each other in the bars, saloons or other public spaces where they gather together to shoot the breeze.

One particular profession which Hawks would return to time and again in his career was inspired by one of his personal passions. With America’s entry into the Great War in 1917, the 21-year-old Hawks enlisted in the United States Air Force, initiating a lifelong love of aviation, and early on in his subsequent career in Hollywood he fell in with the likes of Moye Stevens, the daredevil movie stunt pilot who also travelled the world performing thrilling aerobatic manoeuvres.

By the late 20s, the likes of Stevens and other daring pilots like Paul Mantz were finding regular work in motion pictures thanks both to the success of Clara Bow vehicle Wings in 1927 and, in that same year, Charles Lindbergh’s non-stop solo flight across the Atlantic in The Spirit of St. Louis. By 1930, Howard Hughes had poured millions of dollars of his own money on his pet project Hell’s Angels, and Hawks, by then an established director, was assigned to make a rival picture – The Dawn Patrol – for First National Pictures, starring Douglas Fairbanks Jr and Richard Barthelmess.

1939’s Only Angels Have Wings would be Hawks’ fourth aviation picture, his twenty-fourth film overall, and reunited him with Barthelmess, a silent star who had since undergone a botched plastic surgery operation which left him with scarring on his face. The film would also feature Sig Ruman, a favourite of the Marx Brothers and Ernst Lubitsch, a breakthrough role for the young Rita Hayworth, and the husky-voiced Jean Arthur, best known for her work with Frank Capra, whose character here represents an incomplete prototype of the independently minded “Hawksian woman” which would later be more fully embodied in subsequent films by the likes of Lauren Bacall, Rosalind Russell and Angie Dickinson.

But the star of the show is, of course, Cary Grant, in the second of the eventual five collaborations between the actor and director, from 1937’s Bringing Up Baby to Monkey Business released in 1952. It is perhaps notable in being the sole example of their work together which is not strictly in a comedy register, though as always with Hawks humour is never far from the surface – as John Wayne said to him when they were discussing a potential comedy scene “if you tell me a funeral is funny, i’ll do a funeral”.

Grant by this time was associated with light comedies, including in his first major success – 1937’s The Awful Truth opposite Irene Dunne – but had already begun to explore beyond the screen persona of the suave gentleman which he had cultivated early on in his career. In 1935’s Sylvia Scarlett, for example, he had played a raffish cockney swindler, and playing clumsy, nebbish palaeontologist Dr. David Huxley in Bringing Up Baby was similarly him stretching his range, ultimately proving a breeze for him after Hawks had handed him a pair of thick glasses and instructed him to channel silent comedian Harold Lloyd.

So too by this time had Grant done his fair share of action pictures, including two aviation films: with Frederick March and Carole Lombard in 1933’s The Eagle and the Hawk, and opposite Myrna Loy in 1935’s Wings in the Dark. Alongside Only Angels Have Wings, 1939 also saw him star in adventure film Gunga Din alongside Douglas Fairbanks Jr, whose swashbuckling father had been Grant’s movie idol, and upon whom he had based his debonair persona. Hawks – a daredevil himself, not just in aviation but as a lifelong racing car enthusiast – must have seen something of the same spirit in casting him as his leading man in his new film, and Jean Arthur’s mention of the trapeze might just be an allusion to the young Bristolian Archie Leach’s past as a circus acrobat.

The film takes place in Barranca, a fictional fog-bound South American town, and one of the most vividly-realized settings to emerge from the Hollywood Dream Factory in this time. However, as ever with Hawks, the location is an exoticised backdrop against which the very real human drama takes place. Hawks once said to a producer “I don’t know anything about dialogue – all I know is how people talk”, and the film is filled with characters, situations and lines which he claimed were drawn from his real-life experiences in the company of fellow pilots. Quentin Tarantino once famously described Hawks’ later Rio Bravo as “a hangout movie” – a film which you rewatch just so you can hang out with the characters again – a verdict which could quite happily equally apply to Only Angels Have Wings.

But it took an actor of Grant’s considerable – and often under-appreciated – range to bring the character of Geoff Carter to life, and it is one of the most remarkable performances of his career – a delicate mixture of swagger, humour and pathos, fully encapsulating the film’s sense of romantic fatalism which somehow never slides into cheap sentimentality. Hawks would go on to draw career-best performances from many of the other great leading men of Hollywood’s Golden Age – Gary Cooper, Humphrey Bogart, John Wayne – but later in life when asked about why he had made so many films with Grant, he replied quite simply: “he was so far the best that there isn’t anybody to be compared to him.”

Cary Grant plays Geoff Carter – “the man with a propeller blade for a heart and an expert’s eye for a pretty face” – the boss of a run-down air freight company, who sends courageous pilots over the treacherous Andes Mountains in Peru. When cabaret entertainer Bonnie Lee (Jean Arthur) claps eyes on him, she falls for him and tries to stop him making a dangerous flight. The trouble’s only just begun, as disgraced pilot, McPherson (Richard Barthelmess) and his wife, Judy (a young Rita Hayworth), arrive on the scene. The past clashes with the present, bringing work and love into a full-throttle collision.

Only Angels have Wings is a quintessential Hawks’ movie, full of rollicking action and romance, daring men, feisty women and wise-cracking dialogue. It’s even got a hearty rendition of ‘The Peanut Vendor’ – if you ever wondered what Cary Grant sounds like yelling ‘Peanuts’, now’s your chance to find out.

This event is in association with our friends at Twentieth Century Flicks. 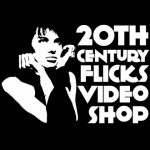