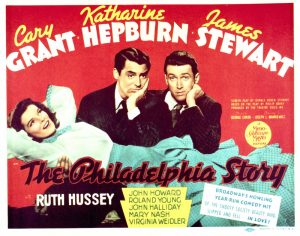 Haughty Philadelphia socialite Tracy Lord (Katharine Hepburn) learns to accept her own imperfections and develop “an understanding heart” in this romantic high-society romp. On the eve of her wedding to adoring, but pedestrian George Kitteridge (John Howard), Tracy spars verbally with her ex-husband C.K. Dexter Haven (Cary Grant), drinks too much champagne, and nearly falls in love with handsome tabloid reporter, Macaulay “Mike” Connor (James Stewart).

Dexter tries to protect Tracy from Mike and his photographer, Liz Imbrie (Ruth Hussey), who have been sent from Spy Magazine to dig dirt on the wedding of the year. After a drunken episode in a swimming pool, George suspects Tracy of infidelity with Mike. Insulted by his lack of trust, Tracy calls off the wedding – only all the guests have arrived and are waiting for the service to begin. Who will she take up the alter? 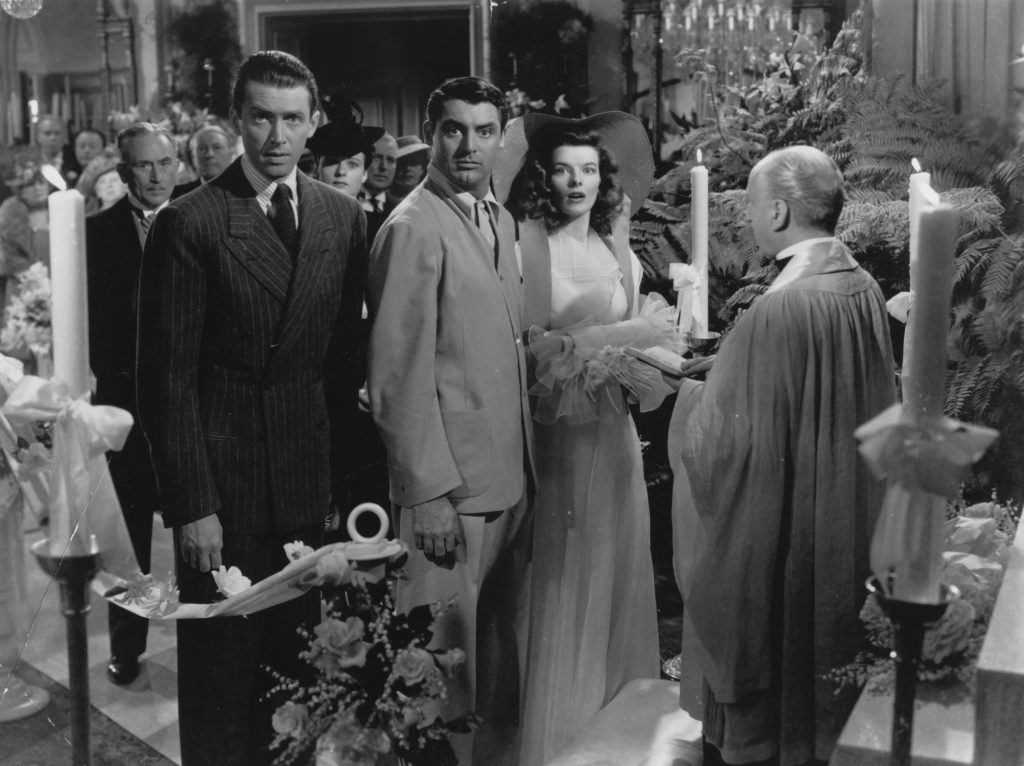 Directed by George Cukor, who also directed Grant and Hepburn in Sylvia Scarlett (1935) and Holiday (1938). With sparkling dialogue, radiant performances from three of Hollywood’s most legendary stars, this intelligent, sophisticated romantic comedy is classic screwball at its best.