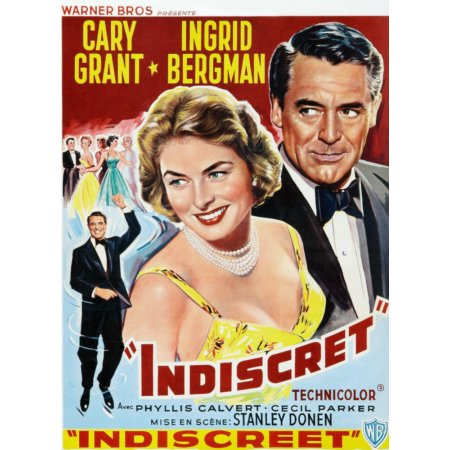 Anna Kalman (Bergman) is a famous theatre actress who is has given up hope of finding lasting romance. When her brother-in-law introduces her to international diplomat Philip Adams (Grant), she falls passionately in love with him despite – or perhaps because of – the fact that he is unhappily married… or so she thinks. 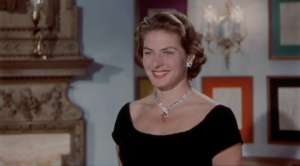 In fact, Philip avoids romantic entanglements by making up a fictitious wife that he says will not divorce him. His plan backfires when Anna learns of his deceit. Furious she works out a plan to get even. Will their love prevail? 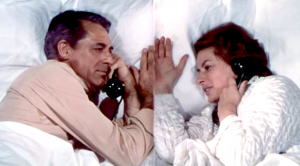 “How dare he make love to me and not be a married man!”

The priceless dancing scene puts Indiscreet firmly in the realm of the screwball comedies for which Cary Grant made his name, such asThe Awful Truth (1937) and My Favorite Wife (1940). Cary Grant’s unique mix of suave elegance and silly physical comedy make him the “slapstick prince charming”. 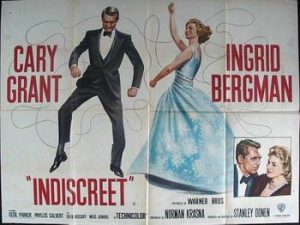 Director Stanely Donen is a master of sophisticated comedy, perhaps best known for Singing in The Rain. He went on to direct Grant again in the romantic thriller, Charade (1963) – the best Hitchock movie Hitchcock never made. Set in London, filmed in glorious technicolor, wardrobe by Christian Dior – this is romantic comedy at its best.

Screening comes with bubbly on arrival, wrap around treats and hot chocolate and popcorn will be available. What better way to spend Valentine’s day?