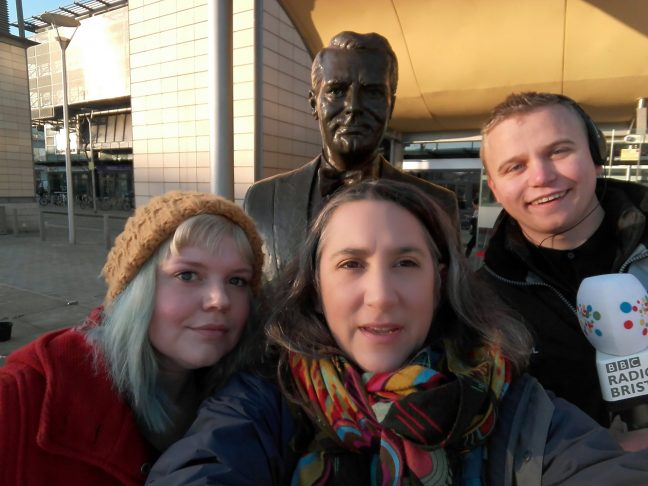 Cary Grant Festival director Charlotte Crofts and co-ordinator Fern Dun pay tribute to Cary Grant on the 30th Anniversary of his death on 29 November 1986.   They were interviewed by James Hanson from BBC Radio Bristol for the Emma Britton show, right next to the Cary Grant statue in Millennium Square, Bristol. Cary was looking as suave as ever in the crisp winter morning light: 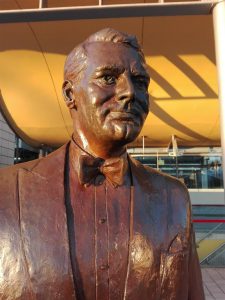 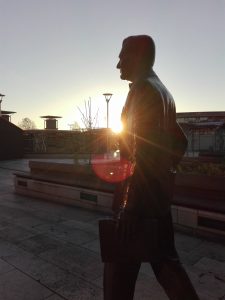 “Cary Grant began life in Bristol in 1904 as Archibald Leach, but ended up – partly through self-invention, partly through the Hollywood studio system –  as the internationally renowned film icon we know and love from films like Bringing Up Baby, An Affair to Remember and North by Northwest. But he never forgot his Bristol roots and the fact that he returned to Bristol regularly demonstrates his loyalty to his home town. He is still sorely missed.” 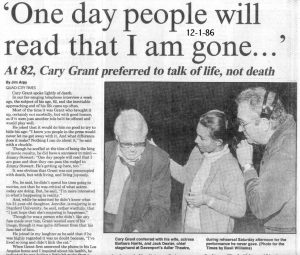 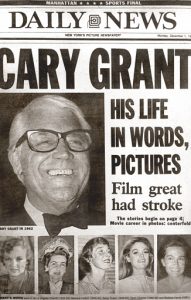