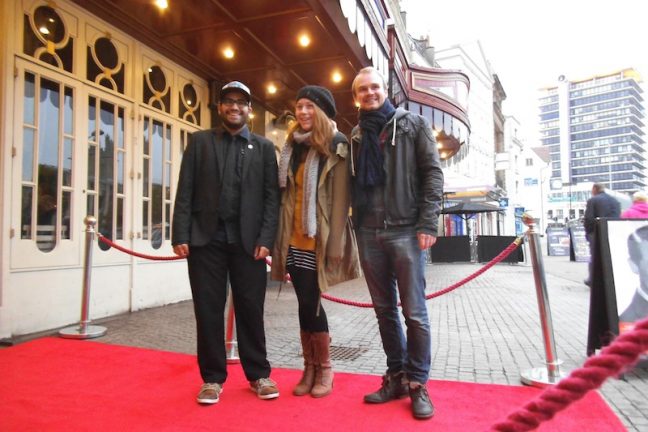 The winners of the Cary Grant Film Challenge 2014 were announced at the glamorous festival gala screening of North by Northwest at the Bristol Hippodrome, and showcased before the film. 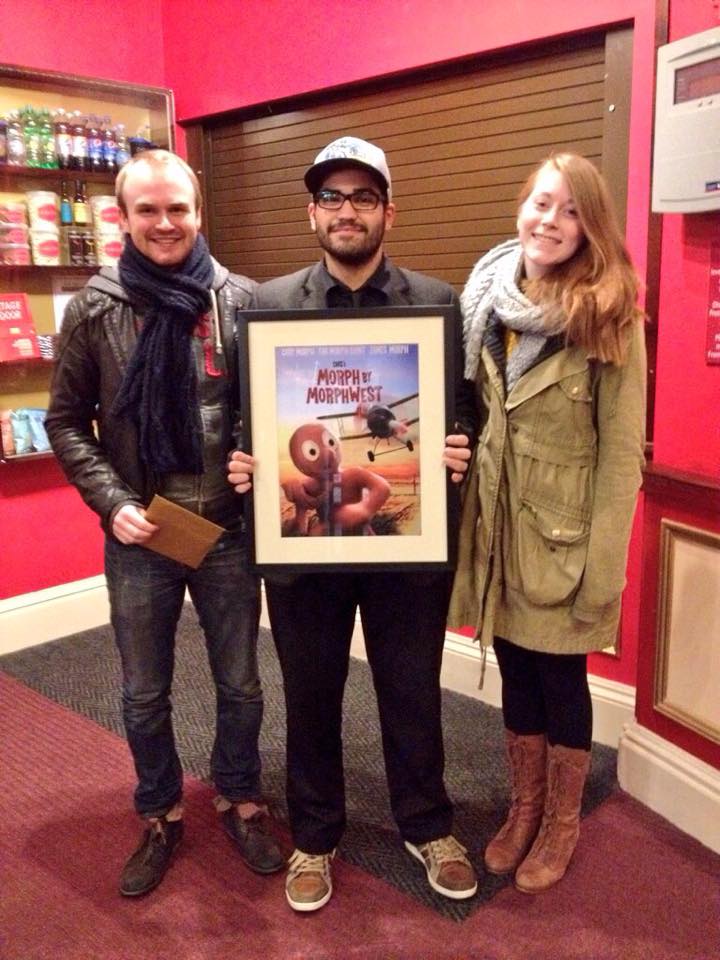 The winning film, The Girl With the Compass Tattoo, by Rob Ayling (pictured above holding his Morph by Morphwest prize donated by Aardman), was commended by the Jury for squeezing in so much double-crossing into such a short film. 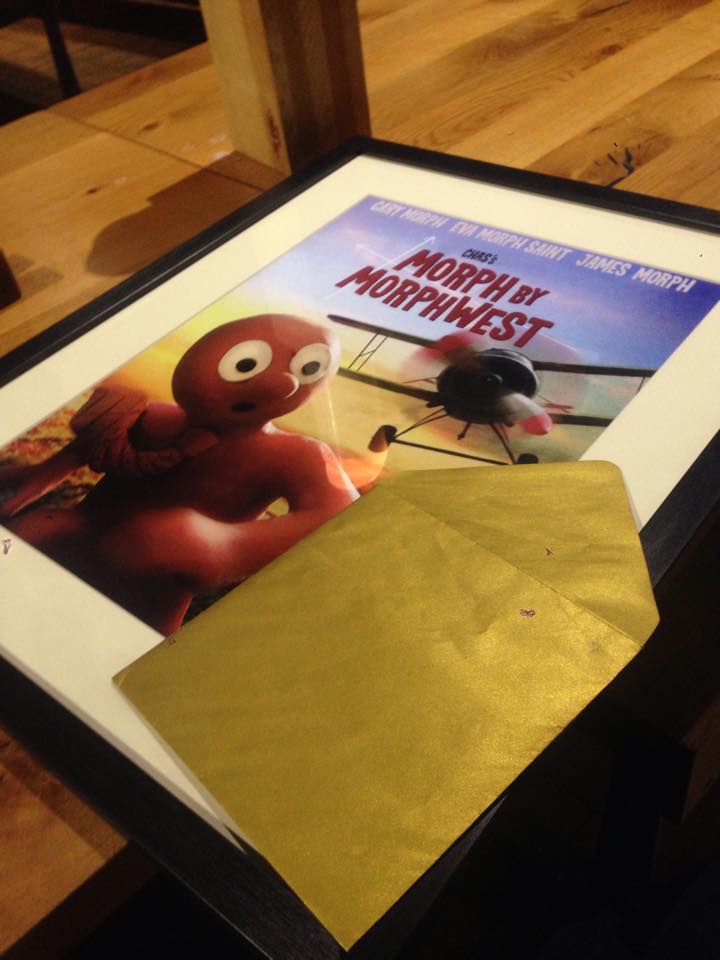 “it was important to us to bring Cary Grant’s films to a new audience and the Film Challenge was part of that work. We also wanted to inspire young people with Cary Grant’s incredible life-story of struggle through adversity and self-creation”.

All the Cary Grant Film Challenge 2014 shortlisted films were shown on the Big Screen in At-Bristol’s Millennium Square – right opposite the Cary Grant statue – throughout the week before the festival.  You can watch the full shortlist here.

We will be running another Cary Grant Film Challenge in 2016 in connection with the gala film – so watch this space once the programme is announced in the new year.