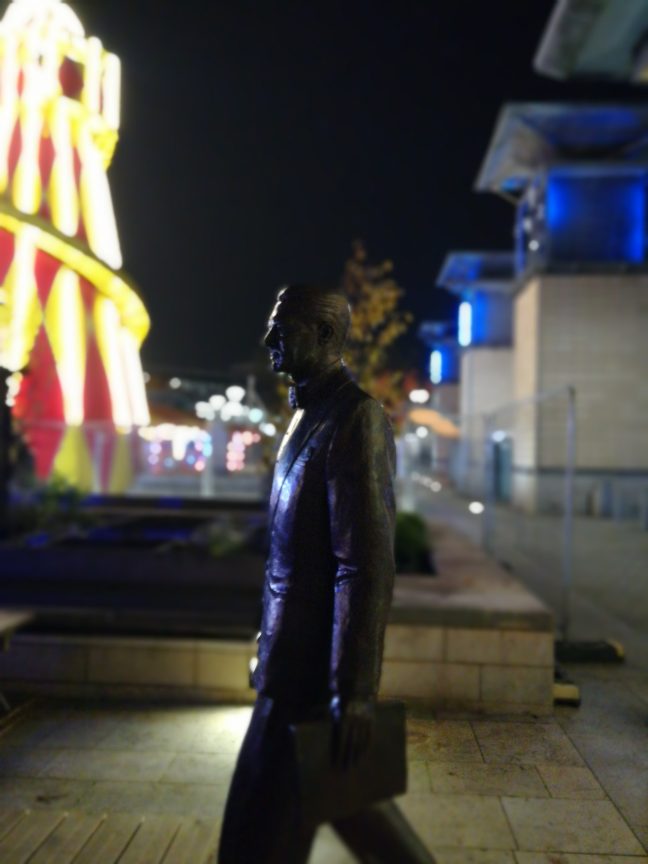 Check out our events celebrating the 20th Anniversary of the unveiling of the Cary Grant statue in Millennium Square, Bristol UK.

We’re putting on a special edition of the Looking for Archie walking tour of Bristol City Centre which ends at the statue on Sunday 5 December, starting at 2pm. Then on Tuesday 7 December – the actual anniversary – we’ll meet at the statue to celebrate Statue Cary’s 20th birthday at 6.30 followed by a live online conversation with David Long, the man who successfully campaigned for the statue, to hear all about how he convinced Bristol to honour one of our brightest stars.